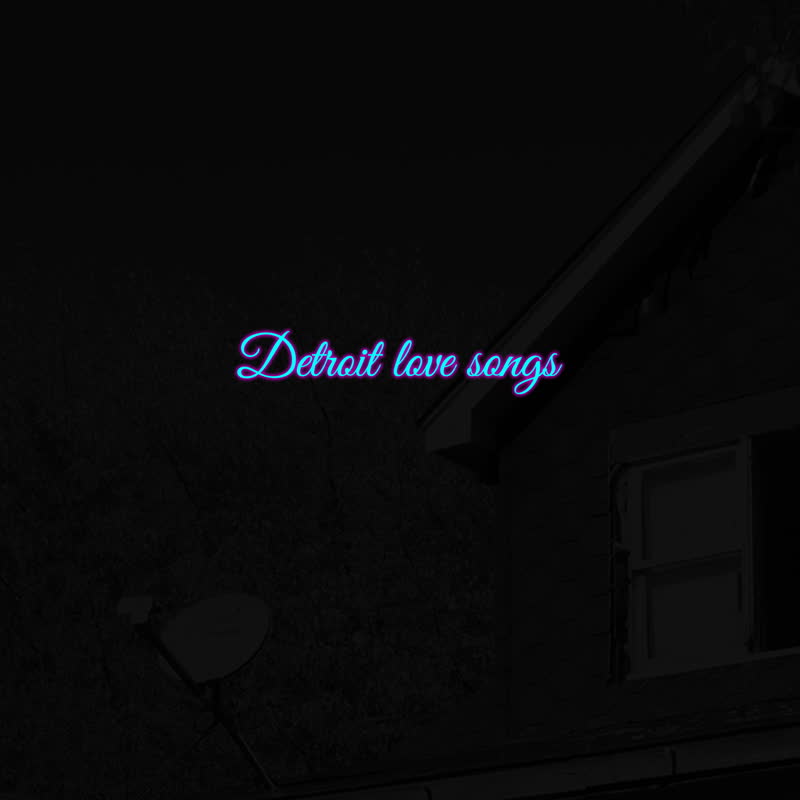 Recorded in Detroit, NYC, Montreal and the Pyrenean mountains between 2015 and 2018, Detroit Love Songs is the debut album from UK/FR producer YTAC. The record refines the ecstatic dancefloor mechanisms of YTAC's previous string of EP's for mountain rave crew EIS HAUS, building epic rhythmic blueprints around field recordings of the streets, structures and urban spaces of north American cities. From street parties to subways, gas stations to cemetaries, the field recordings act as petridishes for the tracks, each rave explosion sparking out of a different sonic environment.

The tracks pull together crisp percussive layers, high impact bass and washes of overdriven lushness, threaded with environmental sound. The tracks are huge, aimed at big soundsystems and dark rooms, but there's an intricacy to them, too – attentive listening reveals complex micro and macro-structures, and processes reminiscent of Denis Smalley's spectromorphological transitions or Jonti Harrison's stream-shaped transformations. The record draws on the musical traditions of the cities recorded, whilst forging new pathways out of the established tropes - tracks like Delray and Carbon reimagine classic house in twisted cartoon forms, whilst Island View and Ktone build new motorik analogies for the dying industries of the midwest. Clark 426 steps back across the atlantic to remind us of YTAC's UK roots, with a utopian moment of colossal junglist rave. Between the surges, the record has a reflective side - emotive drones and tones ebb through a night-time soundscape in Bushwick, and the record closes with balearic bliss on Williams 291.

YTAC is the club music pseudonym of composer, producer and cultural activist James Birchall. Prototype YTAC material first appeared on the Bomb Shop label in 2008, with the first "proper" YTAC release Switchism emerging in 2010. The lead track received heavy support from Jackmaster, Addison Groove and others, and pushed James into the light with hyped DJ and live shows in London, Paris, Amsterdam and Berlin. Cut to 2016, and having moved to the Pyrenean mountains, James began releasing on EIS HAUS - the tracks from EIS HAUS 1 - 4 maintain the dancefloor energy and fierce originality of the early YTAC material, whilst incorporating the epic, glacial vibe of the mountains. Off-grid launch parties for the string of EP's were held in remote emergency huts along the mountain chain, building in attendance and anticipation, running throughout the night until sunrise over the peaks; pirate radio broadcasts (as well as legit shows on the Ariege anarchist station La Locale) were fired out along the France/Spain border. Touring with Raster artists Kyoka and Grischa Lichtenberger in 2018, James played material adapted from the EIS HAUS series, along with prototypes of the tracks on Detroit Love Songs, in clubs throughout the UK.

James is perhaps better known under his Rough Fields alias, which first broke cover with the 2012 album Edge of the Firelight - an exploration of deep electronic songwriting and uplifting experimental pop. Labelled "one to watch" in Clash Magazine, he went on to perform the fused electronics of Firelight around the world, with shows at Dimensions Festival (Croatia), Queen Elizabeth Hall (London), ACUD (Berlin), OT301 (Amsterdam), Mengi (Reykjavik) and beyond. James subsequently worked with Steve Reich to produce the first solo recording of Music For 18 Musicians, and dropped the seminal drone work Wessenden Suite in 2014. The same year he founded the UK gallery and performance venue Fuse Art Space, and in 2016 moved to the Pyrenean mountains to launch CAMP, a residential arts facility where the worlds most acclaimed artists and musicians lead catalytic meetups - CAMP has hosted Laurel Halo, Chris Watson, Matthew Herbert, Julia Holter, Nightwave, Christina Kubisch, Gavin Bryars, Eli Keszler and others.

A lot to think about here, Carbon giving me some very creepy 'ghosts in the rave', this is definitely an album to have to get stuck into over some time before it's fully understood. 5/5 - FoxMind Circular Jaw 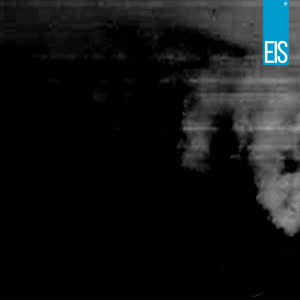 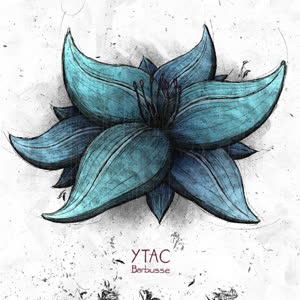 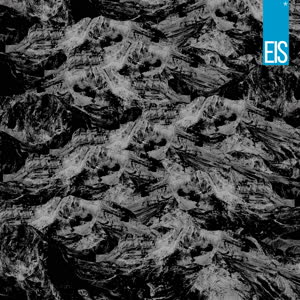 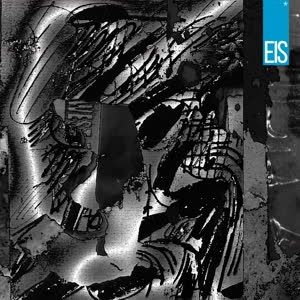 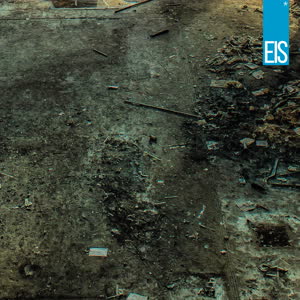